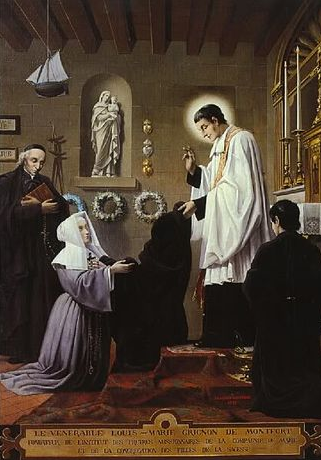 Today is the feast day of Saint Louis-Marie Grignion de Montfort, who was a French Roman Catholic priest and Confessor.

As well as preaching, Montfort wrote a number of books, which became classic Catholic titles and influenced several popes.

Montfort is known for his particular devotion to the Blessed Virgin Mary and the practice of praying the Rosary.